The Adventures of Tintin: The Secret of the Unicorn (2011) 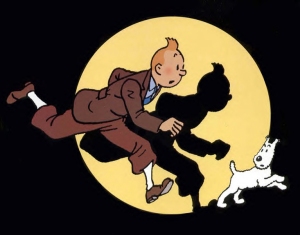 When I was a kid I loved The Adventures of Tintin. Hergé’s colorful, mystery-filled world was the perfect amalgam of The Hardy Boys, Johnny Quest, and Emil and the Detectives. I always preferred the boy reporter, Tintin, to Johnny Quest because of the cool time periods and atmosphere. The jury’s still out on whether Snowy is better than Bandit. It was everything a young boy loves: action, adventure, danger, mystery, and rapidly shifting exotic backdrops. Both the comics (published between 1929 and 1976) and the animated series from the early nineties are excellent fun.

Indiana Jones director, Steven Spielberg, it would seem should be the most logical choice to bring the beloved character to the big screen (with aid of one Peter Jackson). Sitting in the theater I can see where people might have some quibbles with the film adaptation. It is jam-packed with wild action sequences and gun play and explosions and very little character development and some of the old-timey flavor and sensibilities might not be what modern audiences are craving. Like most things, there are positive things about Tintin and then there are negative things.

For those uninitiated into the world of Belgian artist Hergé’s Tintin they might not experience that same surge of nostalgia. A film should not be dependent on that surge, especially for a character that might not be as familiar in the United States. Tintin is a flat character. He always was. Even in the comics. One is meant to be experiencing the adventures through Tintin’s eyes. He is a blank cypher so we can more readily assign our own personalities to him. It works in the comics when you’re a kid. This idea may not work so well on the big screen. Despite Tintin’s apparent innocuousness and infernal purity he still looks good on screen. Daniel Craig (Casino Royale, Munich) plays the evil Professor Sakharine but his motivations are silly and he’s not a particularly memorable screen villain. Simon Pegg and Nick Frost (Shaun of the Dead, Hot Fuzz) are the bumbling identical detective set of Thomson and Thompson and they play the parts very true to the source material but they do not add much new. Fortunately not all of the characters are so bland. Andy Serkis (The Two Towers, Topsy-Turvy) gives an extremely enjoyable and kooky performance as Capt. Archibald Haddock.

The animation is incredible. I don’t generally like motion-capture films (with the exception of Gil Kenan’s Monster House) and I am not a fan of the current 3D trend, but most of my misgivings regarding motion-capture are gone for Tintin. The photo-realistic textures donned upon Hergé-inspired cartoon features actually work well and gone are the glassy-eyed stares that gave everyone the willies in Robert Zemekis’s Polar Express. The colors pop and the world looks sharp and clear. There is a healthy balance between characters who look real and characters who look like cartoons. Visually it all works. With animation the camera is able to go places and do things that would never be achievable in a live-action film. This glorious freedom of the camera unencumbered by logistics of any kind enables the filmmakers to film the action in incredibly new and exciting ways. 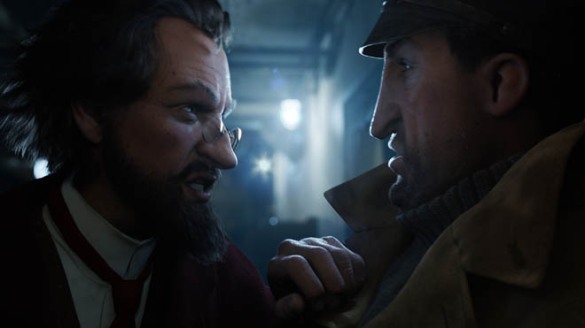 One big complaint is that there is too much action. It is a smoke screen to disguise the thinness of plot and absence of engaging personalities. The action does become rather exhausting after awhile and towards the end of the movie I was wanting it to wrap up so I could go home. Instead of mood and solid atmosphere we get action. Instead of a clear objective and understandable character motivations we get action. It’s pretty much wall to wall action once it gets going. It reminded me of the first and last 20 minutes or so of Temple of Doom in that regard. I generally see 3D as a gimmick for rides and shows at Universal Studios or Busch Gardens so I treat The Adventures of Tintin as a big, long, exciting ride that features some of my favorite characters from my childhood. I do feel that although they really wanted this ride to be worth the cost of admission the spectacle does go on about ten minutes too long. I wanted a more satisfying and final conclusion.

So what do I really think about The Adventures of Tintin? I liked it. Thank God it’s not a pop-culture onslaught reboot like The Smurfs and such. It stays extremely true to its source material and would be a good escape for children young and old. Although it’s not nearly as good as Raiders of the Lost Ark (1981), in many ways it is everything Indiana Jones and the Kingdom of the Crystal Skull (2008) was supposed to be but just outright refused to deliver. Perhaps Tintin is Spielberg’s apology and way of saying the whole Crystal Skull business was all George Lucas. For all its faults and limitations The Adventures of Tintin is a fun adventure that hearkens back to classic action-mystery stories of childhood yore. I don’t think Hergé would have had many objections to the film. I hope kids will like it. It’s about time American kids got a little bit more exposure to culture. 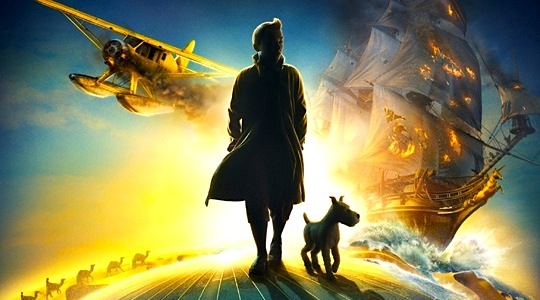