Again. I did it again. I rank the last few movies I watched.

Ultra Warrior (1990) is incomprehensible gibberish of the incomprehensiblest order. A cinematic Frankenstein monster mash up of nonsensical exposition stapled across hatcheted up footage from other sci fi schlock. It’s kind of a miracle.

The cartoon cash grab exploiting our apparent addiction to reality singing competitions and pop music? Sing (2016). A solid ensemble voice cast and all around cuteness. Leave me alone. I liked the pig.

Like Joon-ho Bong’s previous film, Snowpiercer, I think pieces work and certain ideas touched upon are brilliant yet the whole eludes me just the same in Okja (2017), the story of one brave little girl’s love for her giant genetically engineered super pig. Also Tilda Swinton.

Who likes their cowboy western’s slow, arty, ambiguous, and nearly inaudible mumble-core? Me. Sometimes. Apparently. Meek’s Cutoff (2010). Slower than Slow West, to give you an idea. Worth checking out for the patient among you.

Ever wondered where all these golden arches and diabetes came from? The Founder (2016) explores the inception of the American franchise. Michael Keaton is Ray Kroc and Nick Offerman and John Carroll Lynch are the brothers that begat McDonald’s. As charismatic as a door to door milkshake salesman.

Moana (2016) is Disney doing their thing again. Come for Jemaine Clement as a giant coconut crab, stay for the lush, beautifully rendered Polynesian scenery. Does the plot even matter? Can you really not guess the ingredients to a Disney princess movie? I still liked it. 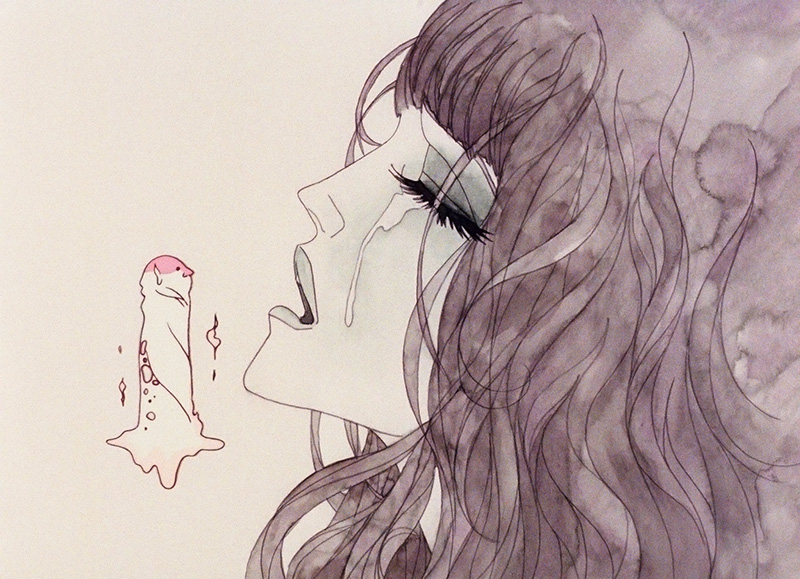 Eiichi Yamamoto’s Belladonna of Sadness (1973) is basically a kaleidoscopic parade of violently surreal demon rape set in a highly stylized fairy tale world. With some trepidation, I say it is a gorgeous animated film. The soundtrack is amazing.

Like movies with better questions than answers? Well, you’re in luck because The Man From Earth (2007) is a thing that exists. A guy asks his colleagues, hypothetically, what if he were a several thousand year old caveman? Well worth playing along.

Early John Carpenter sci fi and black comedy, Dark Star (1974), is next. It’s so low budget and rough around the edges, yet this unpolished fratboy look at the mundanity of space travel delivers the absurdity and the hopelessness of it all with an engagingly detached spirit. And the theme song “Benson, Arizona” sets the tone perfectly.

Elaine May wrote the screenplay. You shouldn’t need more, but you got it. The Birdcage (1996) is the American remake of the French film, but it’s the kind of remake you should watch. A very fun comedy about a gay father (Robin Williams) trying to play it straight for the night to deceive his son’s conservative future in-laws (Gene Hackman and Diane Wiest). And then Nathan Lane in drag shows up.

Lucio Fulci (A Lizard in Woman’s Skin) directs another perfectly sleazy giallo film. Boys in a small Italian village are turning up murdered. Who did it? Was it the village simpleton? The witch? Naked Barbara Bouchet? Watch Don’t Torture a Duckling (1972) to find out! Memorably stylish and gruesome.

You probably know about the American prison system and racism in America. But not enough. Go watch Ava DuVernay’s documentary 13th (2016).

Everyone in town thinks Daniel Radcliffe murdered his girlfriend in Horns (2013). Then he grows devil horns that make people be uncomfortably, horrifyingly honest with him. A devilish, atmospheric mystery with a tasty, dark wit.

The Little Hours (2017) is the best comedy I’ve seen since What We Do in the Shadows. Gleefully raunchy nun movie sound too exploitation cinema-y? If it helps, it’s based on 14th century Italian author Giovanni Boccaccio’s The Decameron. Don’t you feel so cultured now watching your smut. Alison Brie, Kate Micucci, Aubrey Plaza, Dave Franco, John C. Reilly, Molly Shannon, Fred Armisan, and Nick Offerman are great and the detailed period setting sucks you into the world despite all the hilarious anachronistic language.