I really enjoyed the new Tinker Tailor Soldier Spy (2011). It was well crafted, brilliantly acted, and stylish. I may personally prefer the 1979 miniseries starring Alec Guinness and Ian Richardson, but it was good. And it did remind me of what a good spy movie can look like.

As a fan of espionage flicks I feel it only necessary to trumpet a great little Cold War spy film by the name of The Spy Who Came in from the Cold (1965). If you are a fan of the long-running James Bond series or films like Ministry of Fear (1944) or the new-found Jean-Pierre Melville flick Army of Shadows (1969), and early Alfred Hitchcock films such as The 39 Steps then I’d say it’s time to experience Martin Ritt’s The Spy Who Came in from the Cold. This bleak and gritty spy story is smart, slick, and quite satisfying. 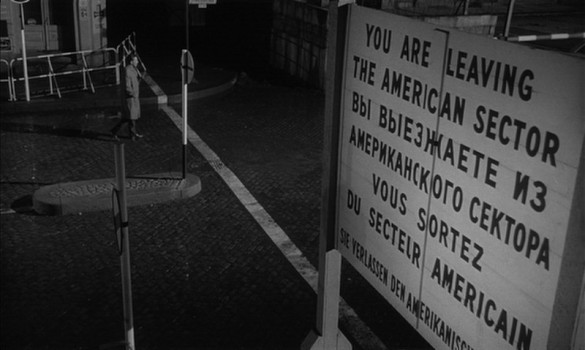 Based on John le Carre’s novel, Ritt’s movie sets a burnt-out British agent against a harsh European backdrop steeped in Cold War anxieties and paranoia. The British agent is Alec Leamas, played with tough cynicism by Shakespearean titan, Richard Burton (Night of the Iguana). Leamas is a grizzled spy who just wants another mission. And maybe a drink. Leamas appears down and out—and out of favor—with his British superiors and is placed on a lower rung of the agency where he is obliged to drink himself into depression . . . in actuality the whole thing is a carefully orchestrated set up by intelligence maestro, George Smiley (Rupert Davies) to infiltrate Communist intelligence. Leamas now resembles an ideal candidate for a Communist defector. A malcontented agent with inside information, Leamas is irresistible to the East German Communists and is quickly wooed and promised ample compensation for his defection and subsequent reveal of British secrets. 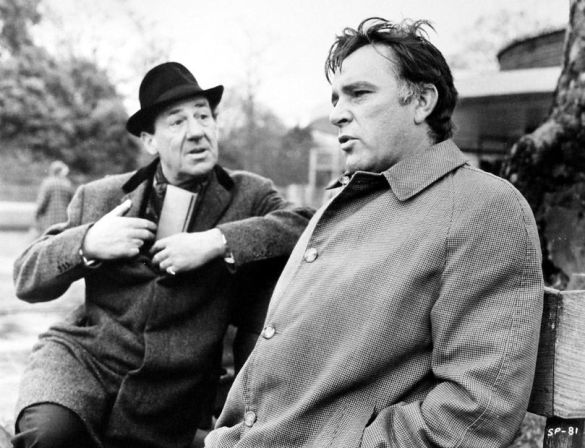 Things get complicated when he falls in love with English Communist activist, Nan Perry (Claire Bloom, Crimes and Misdemeanors), but he soon removes himself from her (or so he thinks) so as to advance up the ladder of Communist bigwigs and deeper into double-agent intrigue. The target is Communist head, Fiedler (Oskar Werner, Jules and Jim), but Leamas must successfully impress and fool several Red agents and pass from tier to tier to even come close to the target. As with all great espionage flicks there are several twists and if I were to explain anything after Fiedler’s introduction it would be a major spoiler alert…so you will simply have to see the movie for yourself.

A humorous running gag of note is that each Communist agent he meets acts like the head honcho until he is rudely dismissed by his superior. Such is the life in a hierarchy of equals. 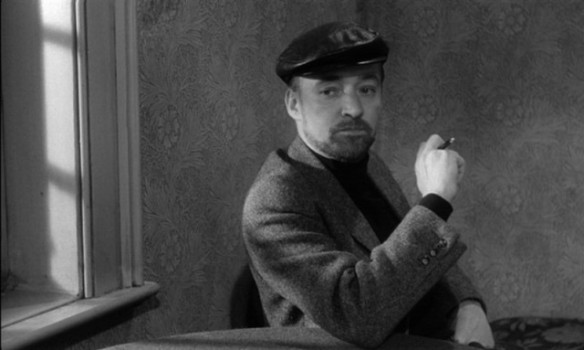 For one to fully comprehend all that is at work in this story, one must put themselves back in a time of fear. The Berlin Wall is up; there is barbed wire and hushed whispers conveying political secrets being murmured in darkened rooms. The Russians are coming! the Russians are coming! Like Stanley Kubrick’s Dr. Strangelove or: How I Learned to Stop Worrying and Love the Bomb (1964) which tapped into the extreme paranoia surrounding what could be happening on the other side of the world and John McTiernan’s The Hunt for Red October (1990) which dealt with the delicateness of defection to any side and the deathly, fearful rage it would inspire, The Spy Who Came in from the Cold places all this anxiety on the shoulders of one small, flawed man. Alec Leamas is the lone warrior sent to slay the beast, but he is placed in the dark about several important details of his mission to protect the mission. At times like this, governments cannot afford the consistency of one man and so Leamas is manipulated about as if a pawn in some sinister game of chess and these Reds are not simply after “moose and squirrel”. Secrets and information is more important than the lives of individuals. 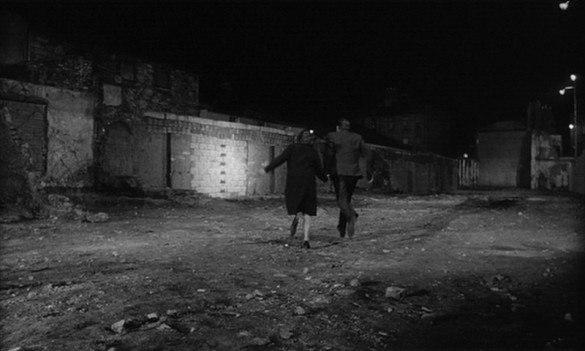 Filled with smart, subtle, and brooding performances and filmed in beautifully cold black and white, this wonderful film has our steely-eyed protagonist guide the audience through the perils of underground European intrigue at the height of the Cold War. No one can be trusted and as the plot unfolds we begin to realize how complicated the mission truly is and what is actually at stake for the British, the Communists, Fiedler, Nan, and Leamas. The Spy Who Came in from the Cold is a clever and stylish story with plenty of twists and double-agent double-cross. If you like spy movies, or think you like spy moves—heck, if you hate spy movies—give this Cold War drama a whirl. It’s a harsh, grim world as chilled as its title would suggest. The Spy Who Came in from the Cold is first-class espionage entertainment. Enjoy.